Chris Salazar, the main texture artist on the canceled sequel to the hit Marvel video game Ultimate Spider-Man from 2005, claimed that the Green Goblin was going to be the major nemesis of the game.

I would guess that Activision never wanted to invest in promotion to the extent it would need. Hence, the soft sales on Ultimate Spider-Man. There’s a funny ‘chicken-and-egg’ situation, where the company is trying to forecast sales to determine how much to spend on promo, but if you don’t spend on promo, you don’t get sales, so… I got the impression that Activision didn’t have strong, long-term plans in those days.

The Green Goblin was one of the many antagonists who appeared in Ultimate Spider-Man. The idea that Ultimate Spider-Man 2 was going to include Gobby as the game’s second playable character is one of the most widely held beliefs about the canceled sequel. Salazar states that he is unsure whether this was in fact the final plan or not, despite the fact that he acknowledges that it is not beyond the range of possibilities. However, Salazar was able to establish that the Green Goblin would definitely have been the primary antagonist in the Ultimate Spider-Man sequel.

Ultimate Spider-Man is a video game that was created by Treyarch and released by Activision. The title is inspired by Marvel Comics’ Ultimate Spider-Man series, which is a relaunch of the Spider-Man franchise that takes place in an alternative timeline known as Earth-1610. Ultimate Spider-Man was first made available on a variety of platforms in the year 2005. This was one year after Treyarch’s much-loved Spider-Man 2 computer game, which was an adaptation of the film of the same name directed by Sam Raimi. 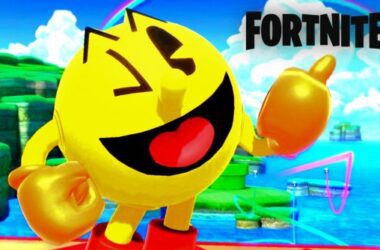 Epic has something special planned for you: for the next month, there will be a crossover with Pac-Man.…