What could happen when Brawlhalla meets the Street Fighters? The outcome is a pretty difficult subject of debate. Some might like it, and some might hate it. There seems to be no in-between.

Exactly such a crossover is now expected to arrive for the gamers to play! There are so many different versions of Street Fighter out there in the gaming world for pretty much all platforms! A collaboration with another series can surely be seen as an interesting experience, even if some fans won’t like it.

IGN also offers a pretty neat description for the trailer:

Watch the trailer to see what to expect with the Brawlhalla and Street Fighter collaboration as M. Bison, Luke, Sakura, Ken, and Dhalsim from the Street Fighter series join the battle in Brawlhalla. These Epic Crossovers also feature custom Signature effects with VO lines, two new Weapon Skins each, custom lock-in animations, and dedicated Roster spots.

This Brawlhalla x Street Fighter event also brings a new Street Brawl Map, Bustling Side Street, which is also featured in the Brawl of the Week.

The Street Fighter series has a long history. It began way back in 1987 with an arcade game known simply as ‘Street Fighter.’ Since that time, about 40 games of the series have been released. Crossovers are also not new to the series. Street Fighter has also teamed up with Mega Man and Tekken for other crossovers in the past.

Street Fighter V: Champion Edition was likely the latest major game of the series, and it was released in 2020. Oddly enough, the game is only available for PlayStation 4 and PC, with no Xbox version.

Do you have a favorite Street Fighter game? Which one do you think was the most influential for the fighting genre? 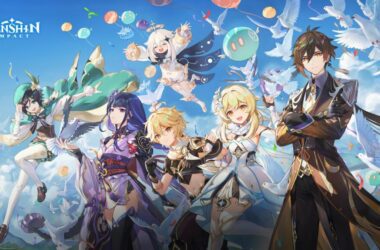 Yae Miko is one of Genshin Impact’s most awaited upcoming available protagonists, and her estimated launch date was…