From October 7-10, a closed beta test for Street Fighter 6 will be available for Xbox Series X|S, PS5, and PC.

Closed beta testing for Street Fighter 6 will begin next month, as announced by Capcom at Tokyo Game Show 2022. Going to the official website is the first step in submitting an application to get the cherished warriors as soon as possible. In addition to Kimberley and Juri, the publisher said that four characters from past games in the series—Ken, Blanka, Dhalsim, and E. Honda—will return in the game. But unfortunately, only Ken can be played in the closed beta test, despite their being a lot more new characters.\

Capcom, the game’s publisher, revealed a plethora of new details about the upcoming Street Fighter 6 at their TGS 2022 presentation. These details included character customization, a closed beta test, a new game mod dubbed Extreme Battle, a World Tour, a Battle Hub, and more. The development team promises that Street Fighter 6’s robust avatar creator’s menu would allow gamers to really express themselves. Avatars may have their skin tone, muscular definition, eyebrows, hair, ears, and facial hair customized, but gamers can also alter face features like cheek depth and jaw length, and even give their hair an ombré style.

It’s worth mentioning that players will be able to enhance their characters as the narrative unfolds and ask Ryu and Chun-Li to teach them unique skills in the World Tour mode, which will include these possibilities. As another example, the presentation demonstrated Battle Hub, a platform for online tournaments where participants may find opponents of similar skill levels. For those who want to relive the glory days of the franchise, Battle Hub will also contain classic entries like Street Fighter 2 and Final Fight. The most interesting addition, though, was a brand-new option called Extreme Battle, which allows participants to alter the rules and gimmicks of their fight to their liking. The Extreme Battle option allows users to engage in a one-of-a-kind combat while being televised by two commentators, upping the ante on the enjoyment factor. 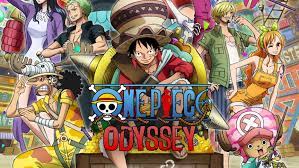