Throughout its recent history, Dragon Ball has generally proven to be pretty obedient to what the fans want. Is it good, is it bad? That’s irrelevant right now. What’s for sure is that it’s more profitable than constantly trying to surprise them. That’s also something that we didn’t see in the older Dragon Ball times, such as in DBZ.

In Super, the fans wanted Gohan to come back to his fighting sense, Master Roshi to get back into the fights, and Yamcha and Krillin to become the punching bags that we all know from those funny Dragon Ball memes. All those wishes were granted by Dragon Ball Super. They made Gohan be decisive in battles, Master Roshi fighting alongside the Universe’s strongest warriors in the Tournament of Power, and so on. It seems reasonable that Dragon Ball Super has to continue using the same recipe, which should reflect in the manga since the animated show is still yet to come. But judging by how things look right now, it seems that the writers are a bit off track.

Black Frieza should NOT be the villain of the next arc

The stage seems set for Frieza’s new return with improved strength and the same desire to have his revenge on Goku and Vegeta. Nobody can deny that the manga is going that way. But we believe that most fans don’t want that. They want a new villain, and although they may be asking too much, it should be a very original one as well. You know, a guy who has a different motivation and different ways to become stronger than what we’ve seen already in the Dragon Ball franchise!

Since you are supposedly trying to satisfy the fans’ desired as a manga artist and writer, you can’t bring Frieza back for them over and over again. The intergalactic overlord has already been brought back way too many times in Dragon Ball Super. He was resurrected from the dead in the early episodes of the show, and he obviously has shown a new transformation, the one known as Golden Frieza. At a much later date, he was brought from Hell by Baba for 24 hours at the request of Goku, who wanted him to participate in the Tournament of Power to save the Universe. Frieza accepted, and not because he cared about the fate of the Universe, of course. He asked Goku to fully revive him with the dragon balls as a condition. Vegeta and the others were furious at Goku’s deal with Frieza, but the former tyrant’s powers were very needed in the tournament.

Later on in the anime, Frieza was fully restored to life for a second time in a completely unexpected situation. While even since that time, it was obvious that Frieza can be up to no good for the future of Dragon Ball, as it was already confirmed in the Dragon Ball Super: Broly movie that came out in 2018, it would be boring for the former galactic lord to be the main villain of an arc once again. Instead, Toriyama can bring a completely new main villain who will have Frieza as his henchmen. That’s a scenario that seems very right at this point for the future of the Dragon Ball Super Manga.

In the end, it’s obviously not our call how the new arc in the manga will look like. All we can do is guess, and if the manga really aims to keep satisfying the fans’ wishes, they can’t make Frieza the main villain again. Our bet is that they’ll indeed bring a new bad guy to play the main evil role in the arc. 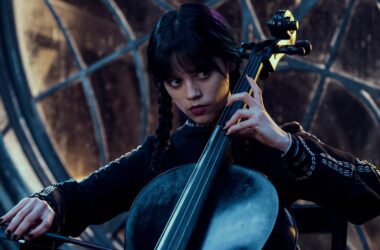