After plenty of waiting, the ‘Hot Wheels’ DLC finally arrived for Forza Horizon 5 a few weeks ago. We can consider ourselves lucky to see a portion of what the update has to bring – a few races that will arguably remain in our memories forever.

The new footage shows gameplay on an Xbox Series X console, the most powerful one for gaming that was built by Microsoft. Behold:

Here are the timestamps, just in case you want to jump directly to what interests you:

There’s an evolving open world available in Forza Horizon 5, and here’s what else a presentation of the game tells us, according to Xbox.com:

There are plenty of opportunities out there to play Forza Horizon 5. You can run it on either one of Microsoft’s top gaming consoles: Xbox Series X and Series S, or even on the older Xbox One. Those who prefer their gaming on PC can also play Forza Horizon 5 if they have the right configuration on their rig. It’s recommended for them to have 16GB of RAM and a graphics card that’s equipped with 8GB of VRAM. NVIDIA GTX 1070 should be enough, while GTX 970 is the minimum supported video card. As for the recommended processor, you’ll need an AMD Ryzen 5 or an Intel i5.

As you’ve already concluded, playing Forza Horizon 5 on a PC can become really complicated. To get rid of all the headaches, we recommend buying an Xbox console.

Three Sure Ways to Defeat Gas in Dragon Ball Super 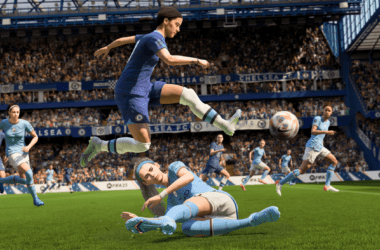