If you’re willing to keep all of your email accounts in a single app, it means that you should definitely try Microsoft Outlook! But the Redmond-based tech behemoth knows very well that some people would need a smaller and faster version of the app, which is why it brought Outlook Lite to the world!

The Verge brings the news about Microsoft’s new release – an Outlook Lite app that’s not only faster and smaller than the original software. It’s also a lot more friendly with your phone’s battery life. The new software is available for Android devices now, and you can grab it from the Play Store, where it’s described as follows:

Microsoft Outlook Lite keeps you connected and protected with your email, calendar and contacts all in one app. With intelligent email, spam email protection, calendar organizer and contacts, Outlook Lite lets you do more from one inbox in a lighter, faster way on any network. Connect. Organize. Get things done.

If by any chance, your phone has only 1GB of RAM, you’re in luck! The Microsoft Outlook Lite app is designed to work smoothly and fast, even on devices having such a low amount of RAM!

Let’s face it: everybody needs apps nowadays that run on low memory and are capable of doing it fast. Everybody needs more battery power, as nobody can bear the dreadful thought of carrying a charger around each time they leave the house! We’re hoping to see more Lite versions for Microsoft apps in the future!

The Outlook Lite app has already been downloaded from the Google Play Store over 100,000 times, which is enough proof that Microsoft is already having success with the software! 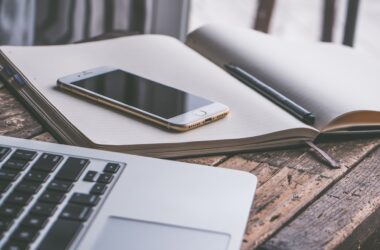 Sure, social apps such as Facebook, Instagram, or TikTok can be extremely fun, useful, and even educational. But…

Just in case you feel too comfortable scrolling through the TikTok app every day on your iPhone, you…