When it was launched back in 2013, GTA 5 was the first game of the Grand Theft Auto series to bring three protagonist characters instead of just one. Therefore, we had Trevor Phillips, a psychopath who seems incapable of any positive feelings. We had Michael De Santa, a retired bank robber who tries to have a normal life alongside his wife and kids but always fails. Completing the lineup is Franklin Clinton, who’s more like a ghetto guy willing to become a true gangsta.

It shouldn’t come as a surprise to anyone that many people speculated about GTA 6 having three protagonist characters as well and also featuring a woman among them. But is that really the truth? We’ll find out for sure when the game finally comes out (God knows when), but there’s a new piece of information surfacing online that caught our attention.

Jason Schreier, a Bloomberg reporter, brings the information that the long-awaited GTA 6 will have a different number of protagonist characters compared to the predecessor GTA 5, according to a post made via Reddit. He didn’t say if there would be 4, 5, just one protagonist as in the old formula, or 999 protagonists.

Of course, if the reporter’s claim is true, the scenario doesn’t rule out the possibility of a badass woman joining the lineup as well. A lot of GTA fans are in favor of seeing a female presence as a protagonist as well. Furthermore, some people would say that such a move from the developers would support gender equality as well.

Rockstar announced that it’s working on the next Grand Theft Auto title without specifically mentioning that it’s indeed about GTA 6. However, Rockstar has released plenty of games in the legendary series that don’t feature a numerical moniker: GTA San Andreas, GTA Vice City, and more. 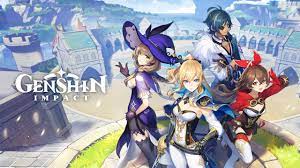