Even since the unexpected conclusion of the Tournament of Power arc (aka Universe Survival) that occurred in the final episode of the Dragon Ball Super anime back in March 2018, it seemed like a matter of time until the show will have its comeback for a second season.

It seems that the big return of the Dragon Ball Super anime is set for 2023. Without other information regarding the release time, the trusted leaker @DBSChronicles brings the big news via Twitter! According to his claims, there will be a new episode every week once the anime returns, and they will be set at some time after the Universe Survival arc. The new season is already in production, so stay tuned!

1. Weekly Dragon Ball episodes set after the "Universe Survival Arc" are in production. Anime will be back in 2023.

2. NEW DB Movie after SH is currently in pre-production. Toei is planning to release movies once in 2-3 years.

That's all for now. pic.twitter.com/KJzol2P3Jw

So there’s also a new movie in the works, and it’s set after the Dragon Ball Super: Super Hero film that came out last month in Japan. These claims are perfectly aligned with another important piece of information that our publication shared just about a week ago, revealing that Akira Toriyama is already committed to new Dragon Ball projects.

SPOILER ALERT! IF YOU DON’T WISH TO BE SPOILED, GO BACK NOW!!!

There are a lot of exciting ways that the writers can continue the story after the Tournament of Power arc, even if they won’t rely on the manga. Frieza has been revived after his major contribution to saving the Universe in the Tournament of Power arc, and the former intergalactic tyrant will surely be up to no good once again. Frieza only participated in the tournament for purely selfish reasons, so we must not think even for a moment that he can become one of the good guys. However, the most logical continuation of the anime is that the Moro Arc from the manga will be recreated, followed by the Granolah arc.

As for the upcoming movie, it’s pretty much anybody’s guess at this point what the plot can be. 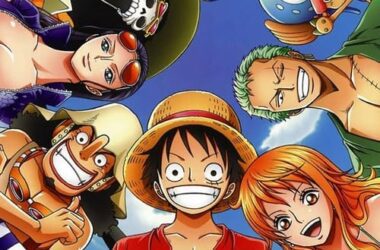