The tool known as Google Earth gives users the ability to see close-up satellite pictures of the planet Earth. You may choose a spot anywhere in the globe and then zoom in to get a closer look at what’s there. It’s important to note that Google Earth doesn’t depend simply on satellite photography; rather, it incorporates a variety of photographs from a variety of sources. In addition to images captured by satellites, it also gathers photographs taken from airplanes in the air.

When you zoom in, you’ll also be able to see photographs taken by Google’s Street View service. These pictures include close-up views of various landmarks, streets, and buildings. The Google Street View vehicles go through a variety of neighborhoods and landscapes in a variety of nations across the world in order to capture images for the Street View feature.

For satellite and aerial photographs, Google Earth will often provide you with a precise date or a date range for the image. If you notice a date range, it indicates that the picture may be composed of many images that have been combined into a single image.

However, the most common reason individuals hunt for an alternative to Google Earth is that they do not have faith in Google. Some individuals choose not to use Google at all so as not to contribute to the company’s data-gathering activities and avoid handing over their information to the company. Google is well-known for the data collection tactics it employs.

Today, we’ll walk you through some of the best alternatives to Google Earth that are available, all of which are superior to Google Earth in terms of privacy or provide other benefits.

You won’t find anything that comes close to Zoom Earth when it comes to competing with Google Earth. You can zoom in to view close-up photos of streets and buildings, which is a very neat feature, but it also begins by displaying satellite weather patterns, which is an interesting feature in and of itself.

Simply by glancing at the map, you can determine whether areas are experiencing snow, rain, or extreme heat. You may also acquire more information on the precise kind of weather that certain places are experiencing by moving your mouse over the various spots on the map and letting it linger there for a while.

On the right-hand side of the screen, you’ll see a toggle that allows you to switch the rain radar on or off. You also have the option to activate wind animations, which will show you the direction in which the wind is blowing, as well as a heatmap, which will display places that are currently being affected by wildfires or extreme heat.

Satellites.pro is an alternative to Google Earth that is both free and secure. Satellites.pro does not give its own data but instead enables you to choose from a number of other data sources, in contrast to Google Earth, which only allows you to use its images and data.
There are certain perspectives that do not include a satellite view. For instance, OpenStreetMap only offers the street view and maps; there is no satellite view available.

Do you wish there was an alternative to Google Earth that did not raise worries about your data or privacy? With the help of the NASA Worldview app, you will be able to view photographs that NASA has taken all around the world.

The NASA Worldview app is excellent for you if you are either a nerd or just want to see intriguing photographs of the world. You are able to monitor tropical storms, see the activities of wildfires, and watch the lights of cities all across the globe.

You may also display the highways, boundaries, and coasts as a reference for the audience. If you are interested in tracing the evolution of our planet over time, there is data from the past at your disposal.

Marble is an open-source substitute to Google Earth that can be downloaded as a software application on multiple platforms, including Windows, Mac OS X, Linux, and Android.

You can use satellite maps when you are zoomed out, but you can zoom in to street level to get street view photos that are powered by OpenStreetMap. Satellite maps are only available when you are zoomed out. OpenStreetMap, sometimes known as OSM, is a tool for creating street maps and street views that are owned and maintained by the community. This application is included in the Marble software.

It is a map and mapping application that uses satellite images and other data. For example, have a look at this snapshot to view the images of the Empire State Building and the surrounding region in New York City.

After signing up for a free account with them, you may use Mapbox as a mapping tool. Afterward, you may begin working with Mapbox Studio, which lets you design your own map themes.

Mapbox allows you more control over how your map looks than Google Earth. As an example, with Mapbox Studio, you may choose from a variety of different tile sets. Afterward, you’ll be able to conceal and unhide layers. Create a custom tileset by uploading your own data. It’s also possible to design your own map themes.

Which one is our favorite?

Zoom Earth is the #1 option for Google Earth, particularly if you don’t want to utilize Google because of safety reasons. With such extensive weather data as well as so many complex personalization choices, Zoom Earth provides extensive data for you with no costs.

Let’s suppose you have an iPhone, but you’re not exactly satisfied with the model. Furthermore, all of your… 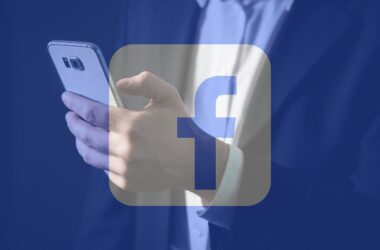 Meta is willing to prove once again to the world, if it is still needed, that the Facebook…