The developers from Epic Games never seem to take a break from updating Fortnite, the free-to-play battle royale game that counts roughly 350 million players worldwide. Therefore, Chapter 3 of Season 3 started just about a week ago, giving the players many more opportunities to have fun in the game.

Thanks to leaker @HYPEX, we found out about some of the new ‘toys’ that are releasing in the upcoming season. Once a player in Fortnite gets his hands on one, he’ll likely stick to it as much as possible. Weapons in Fortnite are well-known for their unique property of becoming very addictive!

The upcoming weapons are:

You can see the confirmation below:

Fortnite even got the Heavy Sniper Rifle in a new update received back in April. To be more precise, the v20.10 update was responsible for bringing the weapon into the game. What’s arguably weird is that the Heavy Sniper Rifle has been in Fortnite before. But what fan of the game wouldn’t possibly love to use such a ‘toy’, which is capable of taking down enemies from long ranges?

Here’s what Epic Games had to say back at the time about the comeback of the Heavy Sniper Rifle:

The Heavy Sniper Rifle is back in business and has been overhauled to combat the recent rampage of vehicles. Its high-caliber rounds now deal bonus damage to vehicles, making it the perfect tool to dismantle a Titan or breach an opponent’s defenses from long range.

Fortnite is available for many platforms, including PlayStation, Xbox, and Nintendo Switch consoles, as well as Windows PCs.

Table of Contents Hide So when is the release date?What map are we getting?What about the trailer?When will… 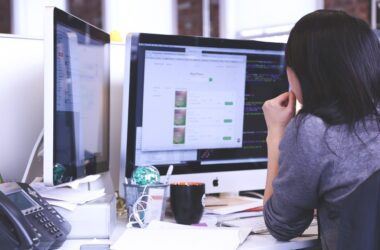 Check Out the Announcement Trailer for PC Building Simulator 2

If you’re still in love with building PCs out of parts in the era of smartphones, as many… Summer Game Fest 2022 has come to an end, and although a number of new games and trailers…