‘The Last Faith’ is the upcoming game that will welcome the players into a dark, sinister world where they get to battle all sorts of grim creatures. The game will also prove once again that retro games aren’t dead; they’re just transforming.

‘The Last Faith’ features some old-style graphics that remind us of those ‘ancient’ SNES (Super Nintendo Entertainment System) consoles that had delighted many childhoods a few decades ago. Although, most probably, it won’t have any high demands when it comes to the hardware specs, ‘The Last Faith’ will also be available for the current-gen consoles launched by Sony and Microsoft in late 2020: PlayStation 5 and Xbox Series X/S, respectively. The game will also be available for PC, Nintendo Switch, PlayStation 4, and Xbox One.

The Last Faith comes out this year, and there’s no exact release date revealed yet. Instead, we have a gameplay trailer that teaches us a lot of exciting stuff about the upcoming game:

You may have realized by now, after seeing the trailer, that we weren’t exaggerating with the title. Anybody’s nightmares can become a reality in The Last Faith. The player will have to take down monsters and other creatures of the dark in all sorts of ways.

The game’s description provided by Steam is relevant enough:

An unholy alliance of metroidvania and soulslike. The Last Faith thrives on merciless and precise combat, with a huge range of custom executions to perform. The wicked and the blessed will be judged the same; let nothing stand in your way.

The same source reveals the system requirements for The Last Faith, and as expected, there’s nothing to worry about there. The game only demands 2GB of storage space, 2GB of RAM, and an NVIDIA GeForce 9600 GT/ AMD Radeon HD 6450, just to say the least. Crytek China has shared a new image from a Crysis project, and then they deleted it. It showed… 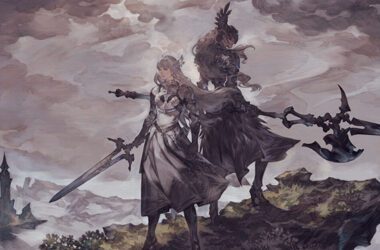 Soleil works to bring a new action RPG to the world of gaming: Valkyrie Elysium. Although the competition…