CD Projekt Red has announced that the next generation updates for Cyberpunk 2077 have been delayed. The same goes for The Witcher 3: Wild Hunt, as well. The release will be postponed until 2022.

Cyberpunk 2077 was announced in 2012. On April 16, 2020, CD Projekt Red wanted to release the game, but it has been postponed for numerous times. At last, it was released on December 10, 2020, and fans were disappointed. The game was full of glitches and bugs, and fans got frustrated.

So now, we are waiting for the new updates.

When are we getting the next generation updates?

CD Projekt Red has also apologized for the delay. They said that they have talked to the Management, and they want to do it right this time. The team supervising the development of these games said it would be better to wait a little bit longer. In the past few months, the company has focused on making Cyberpunk 2077 better, and it is safe to say the game it is now more stable than before.

The update for The Witcher 3: Wild Hunt was announced in September 2020. We will get ray-tracing, a faster loading time, and overall improvements.

The CEO, Adam Kiciński, stated that shelving Cyberpunk 2077 is not an option. “We are convinced that we can bring the game to such a state that we can be proud of it and therefore successfully sell it for years to come.” 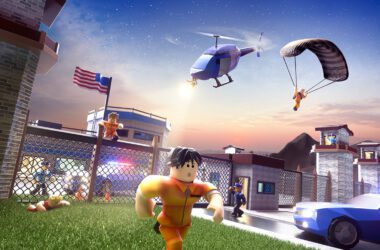 Roblox is an incredibly fun gaming platform where the only limit can be the player’s own imagination. In…