Although the haters might not be willing to admit it, iPads are doing a great job for those who are not too pretentious when it comes to computers. But such an experience can become a true challenge if the user is dealing with hand tremors.

There’s a new app in town that promises to solve those awful moments once and for all. Hand tremors can happen deliberately, so stopping the condition can become impossible. Furthermore, social life can be seriously affected, including having simple control over a device.

‘Stabyl’ is the name of the software in question, and one of the best parts is that it’s even free to use. You can download the app from Apple’s App Store. Here’s how the marketplace describes the software:

Millions of Parkinson’s patients worldwide suffer from tremors. This can make reading and navigating a web browser on a tablet extremely difficult. The free Staybl app compensates for hand tremors with virtual counter-movements in real time, creating a steadier, easier browsing experience. Parkinson’s patients and anyone else suffering from tremors can now surf the internet more comfortably and smoothly.

It’s also great that nowadays, you can control many phones in plenty of other ways except for physically interacting with them. There are voice commands, gesture commands with the help of the camera, and so on. But after installing an app such as Stabyl, it should become even easier.

Apart from Parkinson’s disease, there are other diseases as well that can make a person suffer from involuntary shaking of the limbs.  Essential tremor (ET) is one of them, and it’s a neurological disorder that can be inherited from one of the parents. Other causes of ET are unknown, and curing it can become extremely difficult. 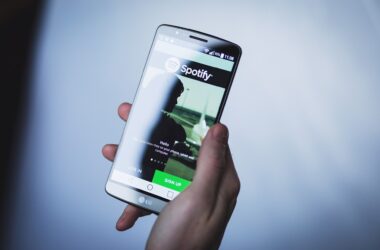 Meta continues to bring updates for WhatsApp that are worthy of some attention, and we’re eagerly waiting to…