Elden Ring gamers are even crazier than we initially thought. One of them has managed to complete the entire game, and we’re here to tell you about his interesting strategy.

The speed running community seems to be hurrying to finish the game, as the speed run has come down to nine minutes only.

One player has finished the game only using his butt

Distortion2, one of the most popular Elden Ring YouTubers, has embarked on a brand-new challenge in which he finishes the game entirely using his butt. The Ash of War Ground Slam, in which the character smashes his body to the ground and smacks enemies with their butts, is the first move in the game. It evolves into more powerful Ashes of War, such as Golden Slam and Erdtree Slam, during the course of the game, but the goal remains the same: to use their butts. This is the player’s only method of damage throughout the game, and he manages to finish it in about two hours.

While this entire concept may appear to be pretty funny, it is actually quite challenging when you understand the difficulties that one would face. The Ground Slam Ashes of War is only effective at close range, as it rarely does any damage unless the player really lands on the enemy. Because of the close proximity at which players can attack, the challenge becomes significantly more difficult there.

Furthermore, the attack animation is rather long. The entire process, from jumping to landing on the enemy, takes a long time, and during that time, there is a high probability that the enemy will hit you. You can’t even dodge in the middle of a move, so you have to wait for the ideal chance to do any type of damage to the attacker. However, even early in the game, the Ash of War does a lot of damage. When combined with the good poise break it provides, it’s possible to knock down enemies rapidly if you follow the method. 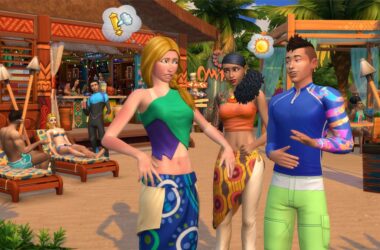 Fortnite is one of those games that don’t need any kind of presentation anymore. Since its release back…