When tablets first arrived on the market, their purpose was to replace laptops and desktop computers. But unfortunately or not, the hardware capabilities of tablets didn’t prove to be anywhere better than those of the larger gadgets.

However, we all know that technology is constantly going through transformations. Tablets are still far better than they were in the past, and there’s no telling where the evolution can end. Perhaps that’s one of the arguments that the Google CTO was relying on when he made a pretty bold statement.

Will tablets sell better than laptops?

Google’s CTO of tablets, Mr. Rich Miner, brought some interesting affirmations during The Android Show. While cited by 9to5google.com, he stated:

I actually think that there’s going to be a crossover point at some point in the not too distant future where there are more tablets sold annually than there are laptops. I think once you cross over that point, you’re not going to be coming back.

We launched the first Android tablet version in 2011. Tablets actually took off and the usage that drove that uptake was largely consumption. Tablets without much investment were good for consumption. The media players, the YouTubes, and other apps worked quite well just to scale up that video on a larger screen. It stayed that way for a long period of time and tablet growth kind of stagnated.

After all, if we think about the ‘tablets vs. laptops’ battle in a pragmatic way, using a tablet should be much more comfortable than using a physical keyboard, especially for those who are addicted to their smartphones. A tablet produces no noise at all, which is idealistic if you want to use it as long as you’re sharing the room with a partner. If only tablets had more powerful hardware, but maybe that will be fixed in the near future! 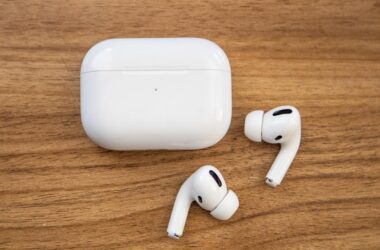 How can you make your day of cleaning the house a lot more enjoyable? Listening to music by…