Gotham Knights is the upcoming Batman game without Batman. Seriously! The Caped Crusader is dead in this game, leaving the opportunity for his trusted allies to defend Gotham from all sorts of evil forces.

Whether you’re placing your bet on Robin, Batgirl, Nightwing, or Red Hood, each and every one of them has to do their best in taking Batman’s role. But can the Dark Knight ever be successfully replaced? That’s the question that each and every Batman fan asked about the upcoming Gotham Knights game, as the title brings an entirely different perspective than before.

Until we ever get to answer that huge question, let’s learn about the release date that has just been revealed, thankfully.

The developers from WB Games Montreal finally revealed the release date of the upcoming game, and we’ll have plenty of time to wait. But hey, let’s look at the bright side! This time also gives the developers the chance to make the game even better!

Gotham will always need its heroes. Suit up for an all-new adventure on 10.25.22. #GothamKnights pic.twitter.com/d7oV2LbcT8

Gotham Knights will be available for the usual platforms, as there’s nothing unexpected in this area. Whether you’re willing to play the game while using a PlayStation 4 or an Xbox One console, as well as a PC with the right hardware power, you’ll get that chance! Of course, you’ll also get to enjoy Gotham Knights while accessing it from a PlayStation 5 or Xbox Series X/S console. The new-generation gaming machines built by Sony and Microsoft, respectively, are adapted for pretty much every new game.

In the end, it’s up to YOU, the future player of Gotham Knights, to prove that the city of Gotham can indeed be protected even while Batman’s not around. We’re counting on you! 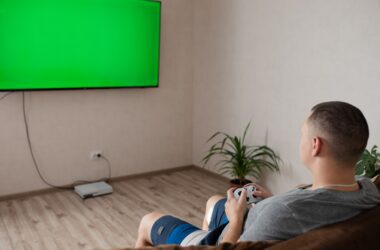 If you’re at least a bit interested in tech, you know very well that there is such thing…