Final Fantasy 7 Remake was released in 2020, and that, after so many delays. But it’s a good thing that Square Enix does not follow the same pattern, because it seems that Part 2 will be revealed this year.

It is safe to say that Final Fantasy 7 Remake was one of the most awaited launches from the franchise, and everyone was waiting to find out what happens after Final Fantasy XV. Final Fantasy XVI is not the only project they are working on.

Stranger of Paradise: Final Fantasy Origin is the next one in line to be released, and then we should expect Final Fantasy XVI. Later on, we’re getting Final Fantasy VII Remake Part 2. And that, if they’re not working on a secret project that we don’t know about.

At the anniversary event for FF7, Yoshinori Kitase has revealed that we will get more info on Part 2 this year. He stated that: “We just started the 25th anniversary of Final Fantasy VII, so we want to celebrate and get fans excited, so within the next 12 months we want to share some information. Look forward to more information!” We probably won’t get a trailer, but we might get more insight about the gameplay.

As of now, we are waiting to see whether Square Enix will follow the same pattern with Part 2, as well, or not. The first part was released on PC a year after it was launched on PS4. We will update you as soon as we have more information. 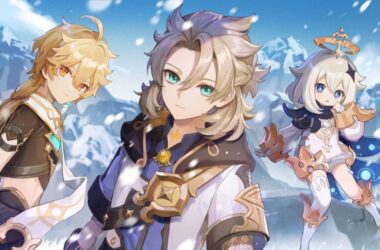 Genshin Impact has come with a lot of leaks out there, giving us amazing details about the characters…