Apple will once again come back into the business in 2022 with some fancy new toys that will delight many of us. iPhones have been so successful over the years that they don’t need any presentation.

The iPhone SE (2020) model was a cute acquisition for those who are looking for a compact device capable of performing basic tasks at light speed. The phone is packed with the fastest processor that was ever built by Apple until the time of the device’s release, the A13 Bionic chipset.

But Apple’s iPhone SE series is far from its end.

The new iPhone SE could launch in March or April

According to Engadget.com, Mark Gurman from Bloomberg reveals that Apple could introduce the third iPhone SE during an online presentation. We can expect the event to happen sometime in March or April, meaning that we all have plenty of time to speculate about how the device will be and will not be.

Gurman believes that we’ll also see 5G connectivity on the upcoming iPhone model. As you might have already guessed, the device will also be sporting a new processor: possibly the A15 chipset.

Let’s remind ourselves a bit what iPhone SE (2020) was capable of, and thus, maybe we can anticipate what other exciting stuff its successor will bring:

The description of the video is relevant enough:

Black. White. Or red. In a small 4.7” design. With studio-quality portraits. Sharp 4K video. Long battery life. A13 Bionic — the fastest chip in a smartphone. And the security of Touch ID, with privacy built in. iPhone SE. Lots to love. And less to spend.

Feel free to tell us what you expect from the new iPhone SE and how you think it can be better than its predecessor! 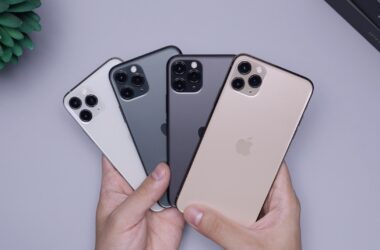 Let’s admit it: nobody likes to conclude how much battery power is left on their iPhone by seeing…