The Elder Scrolls V: Skyrim is being re-released with an Anniversary Edition to commemorate the game’s tenth anniversary. A new teaser for the game has surfaced, revealing what’s contained in the package ahead of its November 11 release. And there’s a lot of it.

The Anniversary Edition includes the main game, as well as the 3 key expansions (Dawnguard, Hearthfire, and Dragonborn), and also new equipment and magic features. Fishing is also offered. In addition, the re-release includes all Creation Club features.

The Anniversary Edition is $50 USD, however, Skyrim Special Edition owners may upgrade for $20 USD. The PS5 and Xbox Series X|S upgrades will be provided for free to those who currently purchase the Special Edition. Better visuals, faster loading times, and many others are among the benefits.

The 11th of November is a huge day for new releases. That day also sees the re-release of the successful Star Wars: Knights of the Old Republic on Nintendo Switch, as well as the GTA Trilogy. The Skyrim craze grows with the release of a Skyrim board game. Besides this event, Bethesda is commemorating the tenth anniversary of Skyrim by opening the Skyrim Museum, a showcase of fan-made works ranging from fan art to cosplay. The entries will have everything from a Skyrim-themed feast to cross-stitches.

The Elder Scrolls VI is presently under development by Bethesda. It’s still a ways off, but it was recently mentioned that it will include more complex systems and social aspects. Starfield, a sci-fi role-playing game by Bethesda, will be released in November 2022.

“Everything takes longer than we would like as well, but we want to make sure that we get it right. Hopefully Elder Scrolls 6, you don’t want to say hey, that it’s worth that kind of wait, but that it does stand up to the series as it has been in a really big, impactful way for when it comes out,” Todd Howard declared about the next Elder Scrolls game. Blizzard Entertainment will launch a new bloody hack and slash game for its Diablo series in 2023. Known… 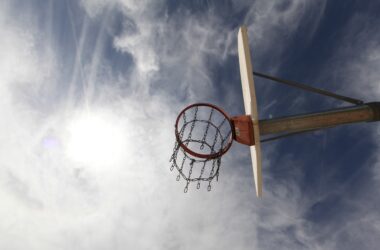 After the NBA 2K22 basketball simulation game that came out last year in September, those who are fans…