If you’re a fan of UFC 4, then you’re in for a surprise. An all-new fighter has made his appearance in the game, and he’s free. This new update has us in for an incredible ride.

The game was released back in August 2020, and it has been a fantastic success. With fans all over the world, UFC 4 has become the perfect choice for players. It always comes with surprises, and they are delivered now, as well.

Islam Makhachev from Russia is the new fighter in UFC 4. He has been one of the most-asked fighters in the game. The very good thing is that developers listen to their fans – it is something they take pride in.

According to the stats for Islam Makhachev, he is a 4 Health, a 4 Striking, and a 4.5 Grappling fighter. This makes his overall rating of 4.

But that’s not all we’re getting with this new update.

Islam Makhachev is not the only one being added to the game. They also welcomed prime icon versions of Khabib Nurmagomedov, Georges St-Pierre, Anderson Silva, Michael Bisping, Alistair Overeem, and Joanna Jędrzejczyk. The prime icon customization pack is available until Thursday, the 30th of November, 2021.

But what are Prime Icons?

Prime Icons come with the best fighters of the UFC history. Their stats are the skills from when they were still fighting in the Octagon – meaning the best period of their career. And they come with a free customization pack. Make sure you redeem it by the end of the month. 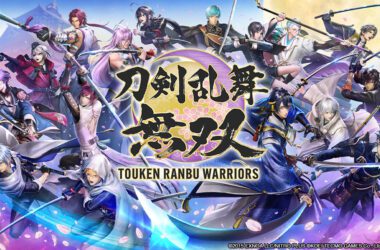 Table of Contents Hide So when is the release date?How to download the demo Touken Ranbu Warriors will get…

It’s great to see that FIFA 22 still receives interesting updates, even though it’s only a matter of…