Even since the release of the Dragon Ball Super: Broly movie that came out in 2018, it was clear to everyone that it was just a matter of time until the next movie would come. And it happened likewise: the new ‘Dragon Ball Super: Super Hero’ movie was released back in June in Japan and in August for the US and other parts of the world.

Despite receiving some pretty severe critics, such as those that can be seen in the review that appears in our publication, the new movie has been well-received by hardcore Dragon Ball fans. And the amount that the movie has already reached at the box office confirms it without a doubt.

Over $85 million at the box office

According to comicbook.com, the new Dragon Ball movie has surpassed $85 million at the box office. Over $18.5 million were made from Japan.

Probably the only other time when Goku and Vegeta had been completely left aside for an arc in Dragon Ball was during the Garlic Jr. Saga, meaning between the Frieza Saga and the Trunks Saga in Dragon Ball Z. Goku was nowhere to be found, as he just finished his long battle with Frieza, still the longest confrontation in Dragon Ball history. There wasn’t even known at that point if Goku was alive or not. As for Vegeta, he was busy training hard to become a basic Super Saiyan. With none of the two pure-blooded Saiyans around, it was up to Gohan (a kid at that time), Piccolo, and Krillin to deal with the biggest threat: Garlic Jr.

But once again, Dragon Ball hasn’t involved Goku and Vegeta at all for the main battles – the new Dragon Ball Super: Super Hero movie had such a plot. It was once again up to Gohan and Piccolo to try to save the day, but they were much stronger this time! 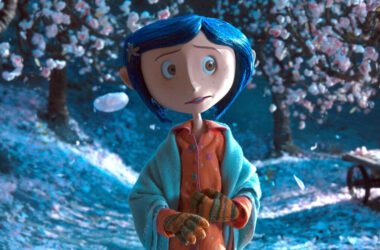 Coraline is a brilliant film, and you don’t even need to like animation to enjoy it. This stop-motion…