A week ago, we gladly spoke about what the 18-24 July week had to bring for Pokemon GO players. There was plenty of exciting stuff, such as Moltres coming to the Raid Hour, Staryu jumping into the Spotlight Hour, and more.

The GOHUB now reveals what the fans of the famous augmented-reality game can receive for the 25-31 July week, and we must say right from the start that we are impressed!

Meditite arrives for the Spotlight Hour

Dialga will join the Raid Hour

Dialga is perhaps one of the most beloved Pokemon from the fourth Generation, as the combination of Dragon and Steel-type, along with being a Legendary creature at the same time, seems devastating. Dialga will be appearing for 5-star raids on Wednesday 27th July from 6 pm until 7 pm local time.

Do you have what it takes for Mega Raids? If your answer is ‘yes,’ you must know that Mega Gengar will be joining that party from Friday to Sunday! Gengar is one of the most powerful Pokemon from the first Generation, and his Mega Evolved form makes the Ghost-type Pokemon even stronger.

Don’t forget about the Seasonal Bonuses that the upcoming week brings in Pokemon GO:

The full list is much higher, so make sure to check out the GOHUB! Until that moment, you can leave us a comment to say what you like most for what’s coming next in Pokemon GO in the 25-31 July Week! 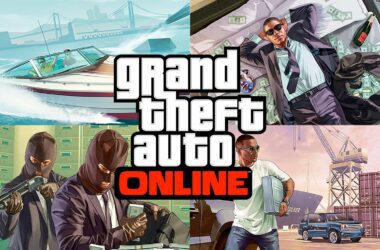 Many GTA Online users have had some problems with character migrations to PC. This issue has been brought…