Stranger Things is a series that really makes you like sci-fi. And we know what it’s like to wait for the next episodes to be released, so we’re here to give you a list of other shows like Stranger Things. These shows are bound to keep you up all night watching them.

Part 1 of season 4 of Stranger Things is over, and most fans have probably already seen it. Some say it’s the best so far.  The second part comes out on July 1, 2022. Even though there will only be two episodes in part 2 of the series, we still are eager to see more.

It would be hard to find a show as good as Stranger Things, but we’re here to give you a list of look-alikes.  So, make sure you have everything you need, and start binge-watching.

Dark has an 8.7 rating on IMDB and is a must-see for fans of thrillers, mysteries, and science fiction. This show doesn’t need Stranger Things to help it be more famous, as it already has a strong fan base. It has missing children, a small town like Hawkins that is cursed, and a lot of mystery. When two kids go missing in the German town of Winden, the families find out a lot about themselves.

First of all, Twin Peaks is a great show for fans of mystery, horror, and drama. It has an 8.8 rating on IMDB. The show was made by Mark Frost and David Lynch. It ran for three seasons and had a total of 48 episodes. Laura Palmer is killed in Twin Peaks, Washington, a quiet town in the state of Washington. This upsets everyone in town. FBI agent Dale Cooper is asked to come to the town to learn more about what’s going on. Dale slowly figures out that the people in town are hiding a dark secret, which turns out to be even bigger than a simple murder.

The first season of Outer Range just came out on Amazon Prime Video on April 15, 2022.  Josh Brolin, Imogen Poots, Lili Taylor, Lewis Pullman are only a few names from the Outer Range cast. In Wyoming, where the show is set, a rancher named Royal Abbott finds a mysterious hole on his property. Remember how the kids found the upside-down? The daughter-in-law from the show will remind you of Will, and will show you how that hole is not just a hole.

If brave teens are your cup of tea, we guess you should also try Silverpoint. Not only that, but Silverpoint is too much like Stranger Things because the kids disappear, and there is a strange mystery. A group of four kids went missing in 1997, 23 years from when it happened. Now, in the present, a boy is trying to figure out what went wrong. Right now, there are only fourteen episodes, and you can watch them on Hulu.

Chilling Adventures of Sabrina is a great show to watch. It has 36 episodes, plenty for you. Sabrina is not like other girls, just like Eleven. She has strange powers that she uses to fight and keep other people safe. Aside from Kierman Shipka, who plays Sabrina, the other main characters are played by Ross Lynch, Chance Perdomo, and Michelle Gomez. Sabrina is half-witch and half-human. With the help of her aunts, she has to figure out how to deal with her diverse nature while fighting the evil forces threatening her. 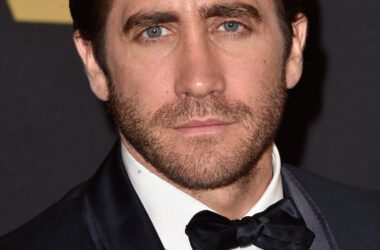 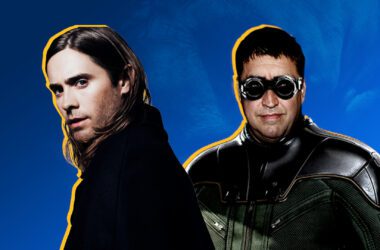 Reports have been circulating that a Sinister Six movie is in production, and the excitement among the fans…