In a tweet on the official Ryu Ga Gotoku Twitter account, the person who made Yakuza said that two new operator skins for Rainbow Six Siege would be based on Yakuza characters. On May 24, players will be able to get a Kiyru Kazuma skin for Echo and a Kaoru Sayama skin for Hibana.

The tweet had a picture of both characters’ models and skins for their weapons, like Kiyru’s beautiful white AK with his Yakuza back tattoo on the side of the barrel. Along with the announcement on Twitter, a trailer was put up on YouTube that shows the two new skins in more detail. It has battle music from the Yakuza series and visual cues from the series’ main character.

Even though the trailer didn’t give any more background on the skins or explain why Majima was left out in favor of Sayama from Yakuza 2, it did provide a good look at the skins for people who are looking forward to the crossover. There are no other Yakuza characters planned for Rainbow Six Siege at the moment.

Most fans will want to know if any other members of the Tojo Clan will appear in Rainbow Six Siege or any other games. Ryu Ga Gotoku did add Yakuza-themed outfits to Virtua Fighter 5 and Super Monkey Ball Banana Mania at the end of last year.

Will fans be pleased with the skins?

Fans will probably also argue about Kiyru’s connection with guns and how these new skins go against what the game’s creator had in mind for the Dragon of Dojima. More than that, everyone knows that most of the characters beat each other up with their fists. Fans have only seen Kiryu and his friends use guns regularly in Yakuza Dead Souls, an alternate reality zombie game for the PS3 that was controversial when it came out. Those who are into the VR business become more and more numerous, and Sony knows it very well.… 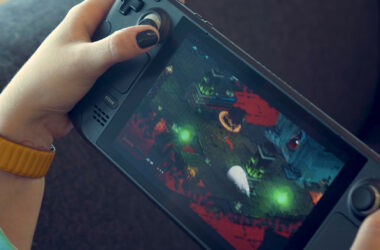