The Japanese website for One Piece Odyssey was updated with some new screenshots and details about the game’s exploration, battle system, and characters. This helped explain the gameplay shown in the reveal trailer.

One Piece Odyssey is the latest game based on Eichiiro Oda’s famous manga, and this time it’s not a fighting game. This is a  typical JRPG. Bandai Namco and ILCA are making One Piece Odyssey. ILCA just made Idolmaster Starlit Season. We’re talking about a pretty good visual novel/raising sim.

Get to know the world of One Piece Odyssey

Like most JRPGs, the gameplay of One Piece Odyssey will be roughly split into two parts: adventures and battles.

During the parts where you explore, you’ll be in charge of the Straw Hat Pirates, who each have their moves. You can move through the island and figure out its mysteries by using game elements like Luffy’s rubber properties or Franky’s craft skills. Zoro can go right through things. Chopper can go through tiny holes.

One Piece Odyssey is a mix of traditional turn-based battles and One Piece’s unique features. To win, players will need to use the Straw Hat Pirates to their full potential. Several battle-related keywords and parts of the system were shown. Keep in mind that the English version of the game is likely to change the names of the ways the battle system works.

Each character has a different characteristic, and each skill has a diverse range and set of rules. If you look at the picture of Zorro above, you can see that the talent that is currently selected, Onigiri, has a certain Attribute, and that is Technic. This strongly hints that each skill has a different attribute and that enemies will be strong or weak against certain attributes. Luffy has a red attribute, which is shown by a punch, while Nami and Ussop have a yellow attribute, which is shown by a gun.

During the battle, chances are there will be a dramatic scene.  When you’re in a challenging situation, they can happen and even make you stronger.

If something happens in battle, you’ll be able to use the Straw Hats’ Kizuna Arts, which are powerful combo attacks.

Overall, One Piece Odyssey’s battle system seems to be quite known to us. It is a  turn-based system with different attributes, where positioning is important, and where your team can attack together in combos.

There will be two new original characters

Two of the original characters in the game, Lim and Adio, were given very short backstories.

Lim lives on Wafrud island, which is the island where the Straw Hats got stuck. She is a strange girl who doesn’t like pirates.  Adio is an explorer who lives on the island of Wafrud. Just like the Straw Hat Pirates, he got stuck there. That’s all the new details on One Piece Odyssey. Let me know your thoughts in the comments. The newest One Piece game will be launching in 2022 on PC via Steam, PS4, PS5, and Xbox Series X/S.

This is all you need to know so far. Make sure you stay tuned for more info, as we’ll keep you updated. Everyone is waiting for the new game, to see if it meets the expectations. We think it will, and we cannot wait to see what the developers have planned for us.

Apex Legends is one of the most popular games out there at the moment, as it counts over… 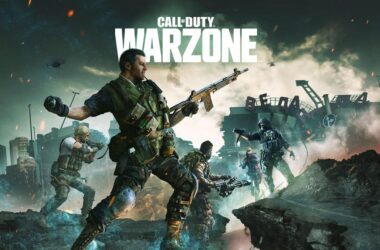