Malware attacking smartphones seem to represent a more and more common scenario these days. It’s crucially important to not neglect your cybersecurity while you’re going online, even if you’re doing it via the phone.

According to Tom’s Guide, hackers are now exploiting low-power mode chips in iPhones, such as those for Bluetooth, NFCs, and more. These chips allow some iPhone models to run for a maximum of 24 hours even if the device itself has been shut down.

Researchers from the Technical University of Darmstadt in Germany explain how the evil scheme can be done in a study paper named ‘Evil Never Sleeps: When Wireless Malware Stays On After Turning Off iPhones‘.

Hackers could use the exploitation of iPhones to spy on some users. Here’s a part of what the researchers wrote in their study:

On recent iPhones, Bluetooth, Near Field
Communication (NFC), and Ultra-wideband (UWB) keep running
after power off, and all three wireless chips have direct access to the
secure element. As a practical example what this means to security,
we demonstrate the possibility to load malware onto a Bluetooth
chip that is executed while the iPhone is off.

The researchers also explained that even if an iPhone is turned off, most of its wireless chips are still active. Under such circumstances, you might say that it was just a matter of time until hackers started to exploit such flaws.

Speaking of iPhones, Apple should release its iPhone 14 flagship this year around September or October. We’re expecting to see a better flagship than ever of the Cupertino-based giant, although it’s pretty much useless at this point to talk about it. There’s not much info available yet about iPhone 14.

Apple Music is one of the most generous apps to use for listening to music. It has a…

Apple is expected to unveil its iPhone 14 lineup in just a few months, along with a new… 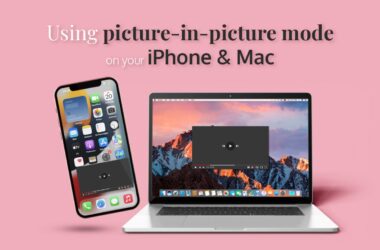