2022 is already a fine year for the gaming world. There are already some massive titles released in the current year, and we can mention games such as Evil Dead: The Game, LEGO Star Wars, Ghostwire Tokyo, Starfield, Pokemon Legends: Arceus, Kirby and the Forgotten Land, and so on.

Many other exciting games are on their way to release in 2022. We’re setting our eyes especially on Sniper Elite 5 and FIFA 23. But perhaps too many people are neglecting ‘One Piece Odyssey,’ a game that’s also scheduled to release this year and that deserves all our attention.

You can play One Piece Odyssey on Xbox, PlayStation, and PC

The upcoming ‘One Piece Odyssey’ will be able to run on a multitude of platforms. We can realistically hope that the hardware demands won’t be too much for a mid-range PC. But perhaps the best experience while playing the game can be expected when you run it on a PlayStation 5 or Xbox Series X. The good ol’ PlayStation 4 and Xbox One should also be compatible with ‘One Piece Odyssey.’

But enough with the talk, let’s see the trailer:

You surely have to admit that it’s one of the most amazing gaming trailers you’ll see this year!

Here’s what Bandai Namco has to say about the story of the upcoming RPG:

During their voyage, the Straw Hats, led by Monkey D. Luffy are swallowed by a huge storm at sea. They end up on a mysterious island full of nature amidst the storm and become separated from each other. The crew set outs on a new adventurous journey filled with wonders of a raging nature, powerful enemies, and strange encounters with island locals.

Work together with Luffy and his crew to set sail once again!

What are your thoughts on the subject? 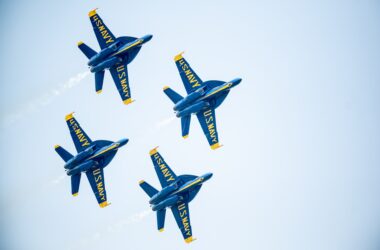