Google Assistant is known to often be the right software at the right time in many situations for us. It can pull us out of a lot of problems when we need it the most, and Google is making it even more efficient.

According to AndroidCentral.com, the Google Assistant app has become much faster after the Mountain View-based tech giant released a new update that allows the user to unlink unused devices. As a result, the app will seem a lot more eager to help you out when you submit voice commands to it.

Watch out for Google devices

Google devices such as some of the Android phones are indeed great gadgets, but they can make the Google Assistant app run slower. Luckily enough, the issue seems to have gone away along with Google’s new update. You’ll just have to remove idle devices by accessing the Settings menu.

Here’s an important statement from Google, as AndroidCentral.com quotes:

Get a faster Assistant by removing devices that haven’t been used in 3 months or more. This means that your other Assistant devices won’t be able to communicate with the devices that you remove. To add a device back, just use your Assistant on that device.

Google Assistant has been around for quite a while, as it was released in 2016. Here’s an official statement from the official website of the app:

When you use Google Assistant, you trust us with your data and it’s our responsibility to protect and respect it. Privacy is personal. That’s why we build simple privacy controls to help you choose what’s right for you. Explore this page to learn more about how Google Assistant works, your built-in privacy controls, answers to common questions, and more.

We anticipate that virtual assistance will slowly but surely become the preferred way of interacting with devices in the near future. It’s interesting to see how Google Assistant will evolve in the future, and if it will keep its fanbase.

For many months during COVID lockdowns, WhatsApp represented the best idea for having a fun time in the… 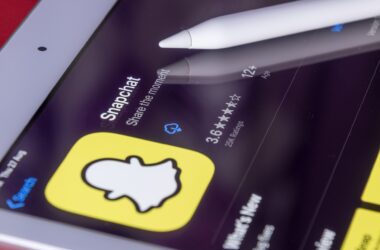 Table of Contents Hide Snapchat+ was made available to the whole public.Costs and advantages of Snapchat+ Snapchat has…