Foldable smartphones seem to represent the new trend in town, judging by how things went in the tech world in recent years. Huge companies such as Samsung, Apple, Huawei, and others have released devices that are foldable and feature two displays.

Google will soon be joining that list. According to NotebookCheck.net, the Mountain View-based company will release the Pixel Notebook foldable phone, which is also known as Pixel Fold. The publication also reveals the latest rumor regarding how much the gadget will cost.

According to the new rumor, Google’s upcoming gadget will cost only $1,400. Why “only”? Because if it’s true, it will be $400 less than what the initial prediction was claiming.

Pulling $1,400 out of your pocket for a foldable smartphone is surely a great business. We can surely expect that, like any other foldable phone, Google’s upcoming Pixel Fold will be capable of some impressive hardware performance. We can’t expect less than 4GB of RAM and powerful displays that are optimal for gaming and showcasing photos. Last but not least, you should also be able to perform some video editing on such a device. This is another reason why we can expect that the Pixel Fold will be packing some powerful displays.

We know for sure, judging by information brought by the publication mentioned above, that Google’s upcoming foldable tech beauty will be packing a Google Tensor SoC, just like the Pixel 6 and Pixel 6 Pro phones. Tensor SoC is seen as a worthy competitor for Snapdragon chipsets, and it will be interesting to see if Google’s processor will run well on the Pixel Fold device.

Google has some impressive plans for 2022, and we can’t wait to see them put into action! The tech giant never seems to run low on ideas! 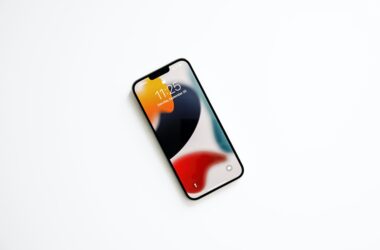