GTA 5 never seems to grow old, as its online mode (aka GTA Online) is always filled with players. The developers of the game also add special attention to the online mode, and we’re happy to inform you about the new weekly update!

There are plenty of discounts coming along with the new update. Behold:

There’s even the minigun available for free, so you’ll be able to solve all of your problems in GTA Online!

The Legendary Motorsport inventory is now a bit more wealthy, considering that the Pfister Comet S2 Cabrio was added. There’s also a top prize for the Car Meet of the current week: the Annis Euros.

Don’t forget about the Test Track, either, as the cars Dinka RT3000, Vapid Dominator ASP, and Ubermacht Cypher are available there.

Here’s how Rockstar Games describes the online mode of GTA Online via its YouTube channel:

We’re all waiting for GTA 6 to come sooner or later. As Rockstar Games has been dead silent about the successor of GTA 5, common sense tells us that it should be announced in the following months. 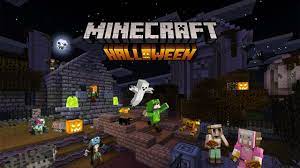