Spider-Man: No Way Home was a success, and producer Amy Pascal was not afraid to show it. The film has been one of the most anticipated ones of the year. The producer has confirmed that there are more Spider-Man movies with Tom Holland in the works – and some people were not happy about that. And now she’s once again in the spotlight, as she’s part of another big superhero project.

She worked on the latest Tom Holland movie, but she also worked on “Venom” with Tom Hardy – and the latest came out in early October 2021. The sequel, called “Venom: Let There Be Carnage,” ranked in $90 million in the first weekend, which made it the biggest three-day opening from the pandemic era.

And now, she shared an update about Venom. Venom 3 is in the planning stages: “We are in the planning stages right now, but what we are focused on is getting everybody to come and see ‘No Way Home.’ In an interview, they talked about the post-credits scene from the Venom sequel, which was a hint that Venom has also entered the Marvel Cinematic Universe. She responded that ‘There are the wonderful movies that Sony makes…there’s the Marvel universe, there are our Spider-Verse movies, and we’re all very careful to work with each other in a way that is additive for everybody.’

Tom Hardy has also talked about Venom 3, saying that there are plans for making the new movie – however, that it all depends on the success of the one before.

The director of Venom: Let There Be Carnage, Andy Serkis, also said something similar. They have plans for Venom 3. “I mean, I think there’s so much potential in the Venomverse for really interesting journeys before the kind of the inevitable happens. I think Kelly Marcel and Tom Hardy have been thinking about what is the next stage of the journey anyway. When you’re going into a franchise, you’ve got to think about the arc, of course. You can’t think about the movies just individually.” 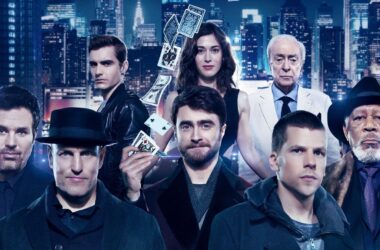