Hollywood seems to glorify the idea of a reboot and a remake, and more and more studios are starting to use old movies for new content. And there are plenty of movies on this list, including Labyrinth, The Great Outdoors, and Highlander. And we’ve learned that there’s a new one added to the list: Road House.

The movie was released back n 1989, and it was big. As of now, we don’t have any official details, other than the fact that the reboot is in the works. But we have managed to hear some rumors, so here’s all we know so far about it.

Not their first rodeo

The first thing you need to know is that this is not the first time MGM has tried to reboot the movie. They even wanted to do a gender-swapped version of the film. But that didn’t happen. But what is happening now, is that writers are meeting up to create a final version of the screenplay that was written previously by Anthony Bagarozzi and Charles Mondry.

Another thing thay we’ve heard is that they want to get big names for this. Jake Gyllenhaal is one of them and fans are excited to see him, especially after his big roles, like the one from Spider-Man: Far From Home. The actor has 12 films listed on his IMDb page – they are either pre-production or announced. So we’re wondering whether he’ll be able to film the movie.

What’s the reboot about?

In the original movie, we’ve had Patrick Swayze playing Dalton, who was to go to a small town to clean up a watering hole. He finds it hard to do so, and, moreover, the local businessman does not like the way he works.

We will have to wait a bit more to see if they’re going to keep the same plot, but we keep our hopes high. 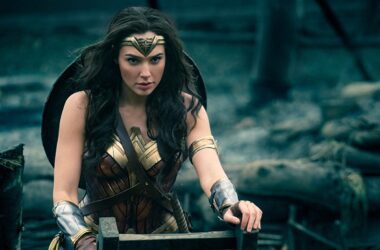