For the sake of those unfamiliar with the exclusive PlayStation 4 game called Days Gone, it is an action-packed open-world game that features zombie horde players.

What Is Days Gone?

Since the first quarter of 2019, rumors already spread around about the game to arrive on PC. In fact, many PC gamers were optimistic about Days Gone to hit their gaming platform soon.

Sadly, fans may have bumped into something hard because Sony has officially stated that they have no plans of porting Days Gone on the PC. As disappointing as it may seem, fans should not lose hope for getting a Days Gone PC version sooner or later.

There are a number of games from PlayStation 4 heading to the PC platform, which include Death Stranding, God of War, and Horizon Zero Dawn. Among the rumored games coming to PC is Days Gone.

Fortunately, fans may have to rejoice from this ray of hope noting that Sony didn’t dismiss the idea completely about a PC version of the game. According to Sony, it currently had no plans for Days Gone. So, there is a possibility that the famous PlayStation 4 zombie game will finally arrive on the PC.

What Sony Has To Say About the Rumors?

Sony has allegedly responded to the rumors surrounding Days Gone as well as Gran Turismo coming to PC platform.

According to reports, the previous listings made by Amazon France regarding such games arriving on PC were inaccurate. This was a statement released by a Sony representative after being interviewed recently.

In fact, the report says that Sony has denied rumors that it will be bringing several more famous PS4 exclusive games to PC.

In April 2020, a lot of gamers got excited after Amazon France posted a set of listings that included Bloodborne, Days Gone, Gran Turismo, Persona 5 Royal, Sport, and The Last of Us Part II to be PC-compatible.

Unfortunately, respective officials of the exclusive PS4 games have debunked such rumors that the listings were not accurate. Moreover, they have made no announcements of bringing such games to the PC.

Perhaps it is up to the officials to confirm or deny the fact that sooner or later they are going to update the avid fans about any developments. 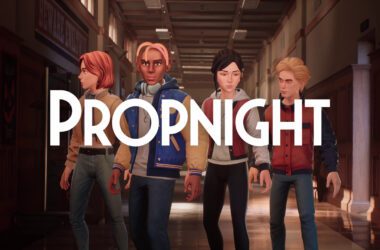 Table of Contents Hide So we’re not getting a new title every year anymore?Are these leaks true? We…