‘Dragon Quest Treasures’ is Square Enix’s new RPG that came out last year in December. The story of the gameplay revolves around Erik and his sister Mia, who reside on a Viking longship, yearning for the day when they can embark on a journey to discover grand treasures. One night, they come across two peculiar creatures, Porcus and Purrsula, and are going to Draconia – a legendary land that holds bountiful treasures just waiting to be found. The adventure that Erik and Mia have always aspired for has finally begun!

As they explore the vast land of Draconia, with ample treasures to be found, Erik, Mia, and their odd companions will require some assistance. They soon befriend and gather a diverse group of well-behaved monsters to join them on their quest. Can YOU help them out in their journey?

With the demo version, players can immerse themselves in the initial stages of the game, reliving the childhood escapades of siblings Erik and Mia from DRAGON QUEST XI: Echoes of an Elusive Age™ as they embark on a memorable journey in search of seven legendary Dragonstones.

Any progress made during the demo, including saved data, can be seamlessly transferred to the final game version.

RPG (role-playing game) games have seen a significant increase in popularity in recent years. RPG games have been around for decades, but have seen a resurgence in popularity in recent years due to advances in technology and the increased accessibility of video games. RPG games have evolved and expanded to include many different sub-genres, such as action RPGs, open-world RPGs, and mobile RPGs, which have broadened the appeal of the genre and attracted a wider audience.

One reason for the popularity increase is the rise of the so-called “RPG elements” in other genres like first-person shooters, MMOs, and action games. This has made RPG mechanics more accessible to players who might not have traditionally played RPGs. 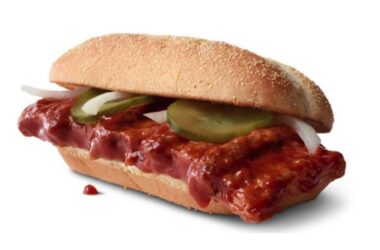 If you are a fan of this seasonal fast-food item, you should hurry up and get it while…