If you like the idea of a survival game where you need to build an entire city on the ocean floor, it means that you should definitely try out Aquatico. Released back in March after being developed by Digital Reef Games, the game in question will come to the PC very soon.

As you’ve probably already guessed, you’ll have the chance to get Aquatico via Steam, the famous digital distribution platform developed by Valve Corporation that allows users to purchase, download, and play a wide range of games on their personal computers.

Aquatico will be available for PC starting on January 12

A brand new trailer for Aquatico spills the beans on when we can see the game running on PC:

Are you tired of playing games where you’re the hero, saving the world and getting all the glory? Then it’s time to try your luck in the world of survival video games, where the only goal is to stay alive for as long as possible.

In these games, you’ll be thrown into a harsh, unforgiving world and left to fend for yourself. You’ll have to scavenge for food and resources, build your own shelter, and craft the tools you need to survive. And if that wasn’t enough, you’ll also have to deal with all sorts of dangers, like wild animals, harsh weather, and other players who are just as desperate to survive as you are.

But don’t worry, it’s not all doom and gloom. These games can be a lot of fun, especially if you enjoy a bit of resource management, exploration, and problem-solving. Plus, you’ll get to feel like a real-life Bear Grylls, except without all the bugs and dirt.

So if you’re ready to put your survival skills to the test, grab your virtual backpack and give survival video games a try. Just be prepared for a lot of running, hiding, and crafting. And maybe a little bit of crying. 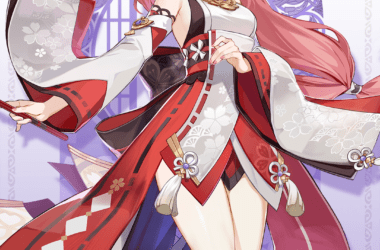 Genshin Impact is full of surprises, and it seems that one is about to hit us soon. miHoYo told… You Can Message Other People Underwater By Using This App

Sending a message underwater seems impossible, as the signal will instantly go off. It almost seems insulting that…