Nothing has just launched version 1.1.7 of their Nothing OS for the Phone (1). Not only does the latest OS update for Nothing’s first smartphone include upgrades and bug fixes, but it also brings greater compatibility for AirPods.
Nothing has begun delivering Nothing OS 1.1.7, which comes a little under a month after the firm made available the most recent upgrade for the Phone (1). Nothing, as is their custom, has provided the Nothing Phone (1) with the most recent Android security update. Unusually, Nothing asserts that the Phone (1) has been upgraded to the ‘October / November Security Patch,’ rather than just one or the other of these patches.

According to the company’s changelog, Nothing OS 1.1.7 provides a more accurate battery status than Nothing OS 1.1.6 did. Additionally, the audio quality of recorded videos is significantly enhanced with Nothing OS 1.1.7. In addition, Nothing asserts that it has eliminated OS stutters and has “enhanced OS fluidity,” although it does not explain how this was accomplished. In addition, the latest version that was released this month should fix a problem that caused notifications on the WhatsApp lock screen to stop working properly.

In addition, Nothing OS 1.1.7 includes support for displaying the percentage of charge remaining in the battery of any connected AirPods earbuds. The Nothing Phone (1) is, as far as we are aware, one of the few smartphones that supports AirPods in this fashion, and it may even be the only smartphone that does so. The function that is related to AirPods can be activated under Experimental features under the primary Settings menu, as the screenshot that can be found below demonstrates. The fact that the function is included under Experimental features gives the impression that it is still in the testing phase and is not quite ready for general public use just yet. It is expected that Nothing OS 1.1.7 will soon be available for download as an over-the-air (OTA) file of around 80 megabytes. 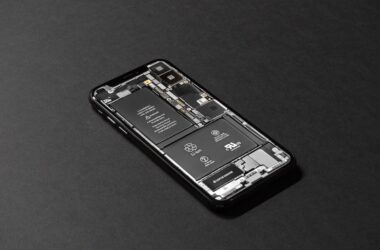