Apple Also Snoops On You And Collects Sensitive Data, As Per New Report

In allegations made a week ago, Apple was accused of collecting data from users despite the fact that users could turn off the analytics setting on their iPhones. Following the disclosure by the same investigators that Apple may also be the recipient of personalized IDs, the company based in Cupertino is once again under scrutiny. Importantly, these records may contain more sensitive information about you, such as your name, birthday, and the email address that is associated with your iCloud account.

Even if you choose not to have your data shared, Apple will still collect certain types of analytics codes from your device, according to the findings of a team of researchers known as Mysk. According to them, your iCloud account is associated with a unique “dsId,” which stands for Directory Services Identifier. Surprisingly, they argued that this DSID can be identified and linked to any data stored in your iCloud account, including your full name and email address.

The report of Mysk concerns the following: Users are first presented with Apple’s policy regarding their personal information. According to the company’s Device Analytics and Privacy policy, it is stated that “None of the collected information identifies you personally,” and this is emphasized in the very first paragraph of the policy.

🚨 New Findings:
🧵 1/6
Apple’s analytics data include an ID called “dsId”. We were able to verify that “dsId” is the “Directory Services Identifier”, an ID that uniquely identifies an iCloud account. Meaning, Apple’s analytics can personally identify you 👇 pic.twitter.com/3DSUFwX3nV

The team is currently verifying that the historical reports of analytics data in the App Store that are collected by Apple contain DSID. This indicates that not only were the actions and behavioural patterns of the user forwarded to Apple’s servers, but also that Apple was able to customize each report. This is a standard procedure not only for the App Store but also for the majority of Apple’s other official app offerings. The most recent discoveries have put Apple in the middle of a controversy, which is surprising given that the Cupertino company is established to have a strong stance in safeguarding the personal information of its customers. After adding advertisements to the ecosystems of iOS 16 and iPadOS, it is possible to distinguish that Apple has begun to change some of the tracking policies it has in place. 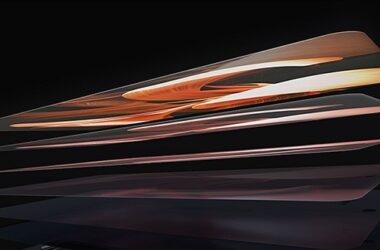 Motorola will bring a new powerful phone to the world in 2022. It’s actually coming this month, and…