If aliens exist, why aren’t they here yet? That’s one of the questions that people have kept asking themselves for many decades. Movies, literature, and cartoons make us believe that the Universe is teeming with life. Astronomers pretty much believe the same thing, as there are way too many stars and planets out there.

What’s for sure is that a team of international scientists discovered a so-called ‘super-Earth’ that’s suspected to feature the right conditions for life to exist. Of course, if a planet features conditions suitable for life doesn’t automatically mean that we can also find any little green men living there, but there is a chance. And it’s still definitely an important discovery in the process of looking for alien life.

The ‘super-Earth’ in question is located 100 light-years away and orbiting the LP 890-9 star, along with another super-Earth exoplanet. The star is about six times smaller than our Sun. The two planets are LP 890-9c (aka SPECULOOS-2c) and LP 890-9b, but only the former might be habitable.

One of the reasons why astronomers believe that SPECULOOS-2c could be habitable is because liquid water may exist there. On Earth, no living organism is able to survive without water, so there’s no wonder why scientists suspect that the exoplanet might be hosting life or at least be suitable for the emergence and evolution of life.

Francisco Pozuelos from the Institute of Astrophysics of Andalusia, who’s also a co-author of the study, explained as The Week quotes:

Although this planet orbits very close to its star, at a distance about 10 times shorter than that of Mercury around our sun, the amount of stellar irradiation it receives is still low, and could allow the presence of liquid water on the planet’s surface, provided it has a sufficient atmosphere.

The new findings will appear in the Astronomy and Astrophysics journal. 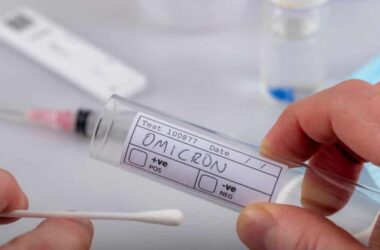 For the first time, a rogue black hole has been discovered on its own. According to astronomers, the…