Mojang Studios and Blackbird Interactive are working to bring Minecraft Legends to the gaming world next year. We’re talking about a new action strategy game based on the unmistakable Minecraft universe.

Minecraft Legends is arriving in 2023, and there’s no exact release date revealed just yet. However, this will surely change in a maximum of several months. We spoke about the game even since June, and we’re glad to see that a new trailer is available!

The new trailer confirms with every second in it that Minecraft Legends is indeed an action strategy game! The Fiery Foes of the upcoming game seem like they’ll never end, which is why the action calls for a true Legend!

The situation in the gameplay of Minecraft Legends seems like it can anytime go even to the brink of disaster, which is why players will have to do their best in order to eliminate those foes!

The video’s description confirms that players will have a lot to deal with:

The Overworld needs a hero! The piglins are here, hungry to claim new territory – and they will devour everything in their path to exploit this gentle land. Call on familiar mobs and new golems to take the fight to the piglins. Lead the charge and put a stop to their fiery plans before it’s too late. But be warned – the piglins are as relentless as they are chaotic. Will you inspire your allies and stop the spread of the piglins’ Nether corruption?

Do you have the courage to join the fiery battles from Minecraft Legends? Feel free to tell us in the comments if you are excited about the future game! 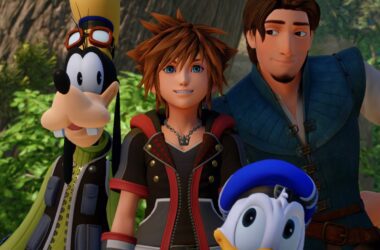 Table of Contents Hide So when is the release date?How to download it Square Enix has recently revealed…

RNA building components have been discovered in a molecular cloud near the Milky Way’s nucleus, according to a…