The community of Apex Legends is speaking openly about the absence of support the 3v3 Arenas mode has gotten in previous patches, and they are pushing for it to be abolished in Season 14 of the game. Apex Legends Season 14 has had a highly successful launch, bringing a huge number of players to the game as a result of the game’s exciting new content such as the reworked Vantage and Kings Canyon maps.

It is quite evident that Apex Legends is not going anywhere, as evidenced by Dr. Disrespect’s justification for why he feels the BR is not even close to being on the verge of extinction; yet, players are dissatisfied and are now clamoring for the elimination of Arenas. Arenas does have a fan base, and that fan base is dissatisfied with the lack of attention the mode has received in recent releases, notably Season 14. Arenas is not the most popular mode, but it does have a group of fans.

Thordan Smash, a prominent character in the Apex Legends community and content producer, came to Twitter to address the lack of support for the game and express his opinion that Respawn should drop the Arenas mode in favor of another game style.

Thordan believes that Arenas should be abolished from solos, TDM, and even Control because he no longer considers playing in Arenas to be “fun.” The developers have already stated that Control will not be made permanent in the near future, but they have stated that it will come back as a limited-time mode at some point in the future. The players who commented on this article appear to agree with Thordan Smash. One user stated that Arenas ought to either be eliminated, renovated, changed, or substituted with other game modes:

When was the last time there was a change for arenas in apex legends? Can we just remove that game mode that and put in solos instead? Or TDM? Or control? Or like anything fun. The Last of Us Part 2 is a masterpiece, and no one can deny that. The narrative, the… 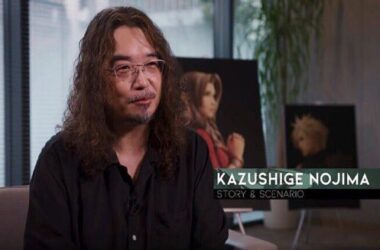 Kazushige Nojima is one of the main writers on the Final Fantasy series, and the Remake project hasn’t…