Who said that nobody is playing Pokemon GO anymore? The augmented-reality game still has a lot of teenagers meeting to capture those pocket monsters and engage them in battles! Becoming a Pokemon master has never been more challenging!

According to Polygon, Pokemon GO is getting Ultra Beasts, which means that three new powerful creatures are coming to the game: Pheromosa, Buzzwole, and Xurkitree. All of the players will have the chance to capture the three new Pokemon mentioned until the current season of the content of the augmented-reality game ends.

If you’re one of the numerous fans of Pokemon GO, as the game has roughly 80 million monthly active players, it’s important to keep in mind the rollout schedule:

Buzzwole is a dual-type Bug/Fighting Pokemon that was introduced in Generation VII, and it’s not known until now to evolve into or from any other Pokemon. This Ultra Beast is also known by the code name UB-02 Absorption.

Pheromosa is also a dual-type Bug/Fighting Pokemon that was introduced in the same generation of Pokemon. Just as Buzzwole, Pheromosa cannot evolve into or from any other Pokemon as far as it is known until now. The code name UB-02 Beauty is the one associated with Pheromosa.

Xurkitree, the remaining Ultra Beast, has something in common with the well-known Pikachu since it is also an Electric-type. The code name is UB-03 Lightning. As you’ve probably already guessed, Xurkitree is also not known to evolve into or from any other known Pokemon.

Feel free to tell us what you think about the new events in Pokemon GO! Which one of the three Ultra Beast is your favorite and why? Table of Contents Hide The class reclassificationSo when is the release date? While new information about the upcoming… 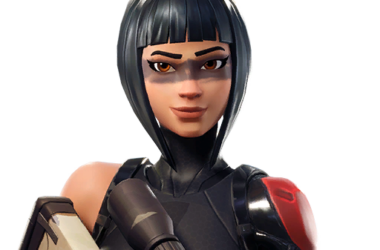