The next State of Play for PlayStation will be in the first week of June. There will be announcements from third-party developers and a sneak peek at PSVR 2 games. Here’s how to see it in real-time.

This year, as you may already know, there won’t be an E3, but the big video game company won’t leave you empty-handed in June 2022!

Sony and Microsoft should both have big shows next month, if all goes well. State of Play will be a 30-minute look at some of the upcoming third-party games for PS5 as well as a number of PSVR 2 game premieres. The show will air on June 2, and we’re here to tell you the time.

When does the June 2022 PlayStation State of Play go online?

State of Play will go live on June 2 at 3 pm PT, 6 pm ET, 10 pm UTC, 11 pm BST, or June 3 at 12 am CEST, 8 am AEST. We don’t know for sure what games will be shown, but some insiders have said we can expect a full announcement for Street Fighter 6 and a trailer for the VR version of Call of Duty: Modern Warfare 2, which is said to be exclusive to PSVR 2.

The first live shows of State of Play will be on both YouTube and Twitch. They’re both great platforms, choose the one that suits you best.

Sony is planning to release God of War Ragnarok in 2022. This year, they released Horizon 2: Forbidden West and Gran Turismo 7, both of which did well. In the next State Of Play, it would be a big surprise for PlayStation fans if a new trailer showed the official release date for Ragnarok. 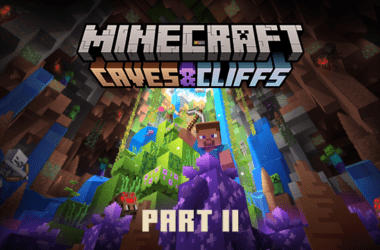 Minecraft Bedrock Edition’s newest Beta and Preview have just been released. It includes the Deep Dark biome but…