Fans of the game Valorant recently saw how the Valorant Champions Tour Masters ended, between LOUD and Optic Gaming. There are also a lot of people excited to see what the next Act of the FPS game looks like. The following Act will have a new battle pass and, also, it will come with Fade, the first Turkish agent in the game. The RGX 11z Pro Bundle will also be available, so make sure you stay tuned.

What does the RGX 11z Pro Skins Bundle contain?

Everything you should know about Fade’s abilities

HAUNT
A haunting creature can help you. Fire to throw the orb. It will fall to the ground after some time. When the orb hits the ground, it will turn into a creature that will show you where your enemies are. Enemies can kill this thing. When you can shoot early in the flight, don’t forget to use that ability again.

SEIZE
An orb filled with nightmare ink will save you. Fire to throw the orb. It will fall to the ground after some time. People who are caught inside the zone made by the ink when it hits the ground will not be able to get out. Remember that you can shoot an object and drop it in-flight.

PROWLER
The prowler will definitely save you. In this case, fire the Prowler, which will make it move in one direction. The Prowler will lock on to any enemies or trail in front of them and hunt them, near-sighting them if they get close enough. You can hold the fire button down to move the Prowler in the direction of your choice.

NIGHTFALL
Fear will be on your side. There are some things that you can do: fire to send out a wave of nightmare energy that can go through walls. In addition to making them deaf and sick, the energy leaves a trail that leads to them. 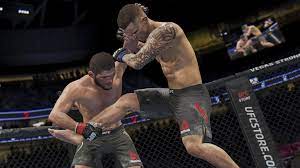 Table of Contents Hide These are the UFC 4 Update 4.13 Patch NotesBut what are Prime Icons? If…