Fortnite is known as that free-to-play battle royale game that gets a lot of updates from its developers. And why on Earth would you even change such a recipe when there are about 84 million monthly active Fortnite players?

Fortnite might now be preparing to bring back Klombo the Dinosaur into the game, as a new leak teases. If it’s true, it would mean even more exciting action in the game than before, something that the fans will surely like. Although Fortnite is extremely immersive already, there never seems to be enough when it comes to gaming. That’s just how the industry works, whether people like it or not: adapt and improve, or be ready to face oblivion!

Klombo is one ferocious-looking NPC

Although you can’t control Klombo in Fortnite, as far as we know, you still have to admit that he’s one hell of a monster! You certainly wouldn’t want to piss off this fellow! Klombo arrived in the battle royale game in Chapter 3 Season 1, and the players can still have some fun by feeding it certain items.

But things will change a bit soon if the new leak from HYPEX is correct. Players would be able to confront the Klombo dinosaur during matches. However, there’s a chance that the beast will act peacefully unless it gets attacked.

Epic are working on making Klombos killable, as of now they're working on making them drop a special version of meat and 15 different types of loot including: Ammo, Mats, Consumables & maybe weapons. That's why they added that "NPC Meat" item yesterday. pic.twitter.com/ARX5WZjsjN

If you still haven’t played Fortnite, by some chance, you must keep in mind that you can try it out via PC, PlayStation 4, PlayStation 5, Xbox One, Xbox Series X/S, Nintendo Switch, or mobile devices. What’s amazing is that the game is pretty much the same on all platforms. You can never get bored while playing Fortnite, as it offers a wide variety of gameplay elements for the players to use, and don’t forget: the last man standing wins!

If you like both sports and video games, why not have both at the same time? That’s what… 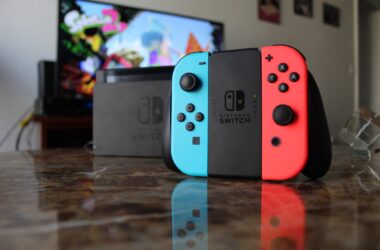 Nintendo has done a pretty impressive job in building its Switch console. At first, nobody would have thought…

If you’ve never imagined yourself as you take advantage of skyscrapers like Spider-Man, it’s really sad. Facing your…