Elden Ring is a very popular game, but many fans are waiting for the VR version of it. Here’s all we know so far about it.

LukeRoss, a well-known modder, is working on a VR version of Elden Ring. This is the first time he has worked on a VR version of a popular game. He has published VR mods for GTA 5 and Red Dead Redemption 2, but this seems to be even more special.

The release of Elden Ring in February this year sent the world into a frenzy. Millions of people started to explore the huge world of the game, and many of them had a good time.

Even after a few months, Elden Ring still has a lot of people who are still playing on Steam. The number of units sold is also rising.

The VR Mod is currently in the works

The footage looks great, but it’s not clear how hard it would be to play Elden Ring from a first-person point of view, especially on a VR platform. There could be a lot more realistic adventures in the game than what we see in normal play.

The modder hasn’t said how long it would take for him to finish this VR mod, but it’s not going to be easy; that’s what we know for sure.

Elden Ring is now available on Xbox Series X, Xbox Series S, Xbox One, PS4, PS5, PC and Mac. This game has been the best one from Bandai Namco, if we are to look at the sales so far. It was developed by FromSoftware, and it was made with the help of Hidetaka Miyazaki, in collaboration with George R. R. Martin. He was the one who helped with the game’s setting. 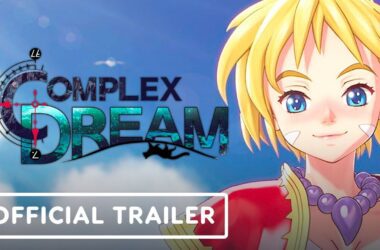 Despite remaining a highly-popular game, GTA 5 still has its shortcomings. Nobody and nothing is perfect, after all,…