If you’re also among the hundreds of millions of Fortnite players out there, we have some great news for you coming from an official source. Many fans of the game were deeply in love with the trademark Building feature, and the devs know it very well.

As a result, the Building mode is back in Fortnite after about two weeks since it was removed. It’s great to see that the removal was only temporary, as many fans became upset about the previous decision. What the latest addition means is that the player can decide his own way of playing. Whether he chooses to use buildings in Fortnite Battle Royale or use no buildings, he can compete for a Victory Royale.

Building Is Back – Play Your Way!

Sprint, climb, and smash your way to a Victory Royale whether you choose to build up in Fortnite Battle Royale or go no-builds in the new Fortnite Zero Build. pic.twitter.com/4qay0vm17x

We were also writing previously about the new “Zero Build” mode of Fortnite. As expected, not everybody was a fan of the addition.

Fortnite is constantly getting updated, and it cannot be otherwise considering the huge fanbase. Every company wants to maintain its supporters, especially when they’re so numerous.

Fortnite has a lot to offer, and here’s a description from Nintendo Wiki if you haven’t seen it already:

The main gameplay for Fortnite follows the battle royale genre’s standard format: up to 100 players skydive then deploy a glider from floating buses (“Battle Bus”) onto a consistent map, which includes random distribution of weapons, shield, and other combat support features. The goal is to be the last player (or team, if playing in small squads) alive by killing or avoiding other players. 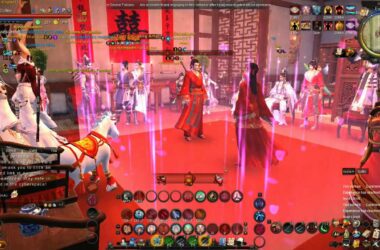