Rockstar has an enormous amount of work to do in order to create a game that’s more immersive than GTA 5. The company finally announced about two weeks ago that a new Grand Theft Auto game is in the works, which can only mean one thing: GTA 6 is coming fast.

NFTs could be available in GTA 6

According to Sportskeeda.com, NFTs could be present in GTA 6. Does the news make you happy? Neither it does for many other Grand Theft Auto fans, believe it or not, as the same publication reveals.

Fans got pissed off by a recent statement made by Strauss Zelnick, the head of Take Two (Rockstar’s parent company). He declared for an interview with VentureBeat, as quoted by Sportskeeda.com:

We believe the NFTs are real, and why shouldn’t they? We believe in digital goods and have been selling them for a very long time. We believe in rare goods and collectibles. However, we are concerned about the speculative market around this phenomenon.

Otherwise, Rockstar certainly hasn’t forgotten about the good ol’ GTA 5. The company keeps updating the online mode even though the game was first released way back in 2013. We’re less than three weeks away until GTA 5 receives a special update to make the game itself more suitable for the advanced technology that’s present on both PlayStation 5 and Xbox Series X/S consoles.

We’re expecting that GTA 5 will look better than ever during its enhanced version for the current-generation gaming consoles. But just how good will the game look? Feel free to bring your own opinion in the comment section!

Table of Contents Hide USAUK PlayStation games are now back under the spotlight, thanks to the PlayStation Store’s… 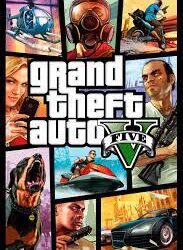