It’s not often that a fresh impact crater on the moon can be anticipated, but that’s precisely what will happen on March 4 when a derelict SpaceX Falcon 9 rocket crashes into it.

The rocket took off in 2015, carrying NASA’s Deep Space Climate Observatory (DSCOVR) probe 1.5 million kilometers beyond Earth, facing the Sun. However, the rocket’s spent upper stage lacked the speed to escape into an independent orbit around the Sun and was forced to return to Earth’s atmosphere. That would be standard procedure, enabling stages to burn up on re-entry, minimizing the amount of harmful trash in near-Earth space.

The derelict upper stage, 14 meters long and weighing approximately four tons, has therefore remained in a wide orbit around the Earth since February 2015. Its exact motions have been difficult to forecast since they are affected by lunar and solar gravity and the gravity of the Earth.

However, we can currently predict that it will strike the moon on March 4 at a speed of around 2.6 kilometers per second. This will create a 19-meter-diameter crater, which has sparked anger on social media from those who are outraged that human irresponsibility would disfigure the moon in this manner.

It is, however, unquestionably more ecologically friendly for a dead rocket to wind up on the moon rather than being spread across Earth’s upper atmosphere as metal oxide particles, as occurs during a re-entry burn up. Because the moon lacks an atmosphere to protect it from space debris, it is constantly accruing naturally occurring impact craters.

The Lunar Reconnaissance Orbiter has previously observed a 19-meter crater produced in March 2013 when a half-ton chunk of asteroid rock flying roughly ten times faster than the Falcon 9 collided with the surface. Over the last decade, NASA’s lunar impact monitoring program has detected hundreds of more minor impacts caused by bits of rock weighing as little as half a kilogram.

We won’t be able to view the next collision since it will occur on the lunar far side. However, satellites circling the moon will observe the impact crater after it has occurred. Will we discover anything new? There have been multiple purposeful moon landings in the past, so we know what to anticipate.

The much bigger upper stages of the rockets used in the Apollo landing missions, for example, were crashed so that vibrations measured by seismometers implanted on the surface could be utilized to probe the lunar interior. The seismometers on the Apollo missions were shut off a long time ago, and it’s unclear if the seismometer aboard China’s Chang’e 4 far side lunar lander will be able to offer any valuable data this time.

A carefully aimed, planned crash was also accomplished in 2009, when NASA’s LCROSS mission sent a projectile into a forever shadowed polar crater, forming a smaller crater on its ice bottom and erupting a plume that included the hoped-for water vapor.

So scientists are not worried about the formation of another crater on the moon. It already contains almost half a billion craters 10 meters or more in diameter. We should be concerned about contaminating the moon with live bacteria or compounds that may be misconstrued as proof of previous life on the moon in the future.

Most countries have agreed to planetary protection guidelines, which aim to reduce the possibility of biological contamination from Earth to another body (and also from another body back to Earth). The guidelines are in place for ethical and scientific reasons. The ethical argument is that it would be wrong to put any ecosystem that may exist on another body at risk by bringing species from Earth that may flourish there. The scientific argument is that we want to study and understand the natural conditions on each other’s bodies. Thus we shouldn’t risk compromising or ruining them by contaminating them indiscriminately.

The most recent COSPAR violation occurred in 2019, when the privately sponsored Israeli lunar lander Beresheet crashed on the moon, carrying DNA samples and thousands of tardigrades. These half-millimeter-long creatures can endure the space vacuum but not actively participate in it. These bacteria that dwelt in their intestines are now dispersed over the Beresheet crash site.

None of them will most likely wind up in a niche with enough water for them to recover and become active, but that is not a risk we should take. The DSCOVR Falcon 9 was neither sterile nor transported biological cargo when it launched. It’s already been seven years in space, so the chance of biocontamination is vanishingly slight—but the more we send to the moon, the more cautious we must be, and the more difficult it will be to enforce any standards. 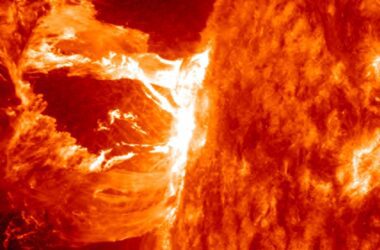 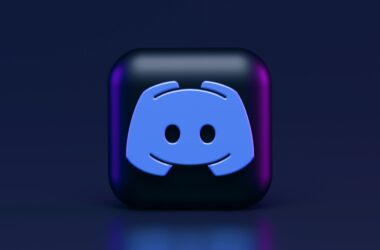