Astronomers have discovered that a SpaceX rocket that launched into orbit almost seven years ago is currently on course to impact the moon in early March.

Since the Falcon 9’s launch in 2015, delivering a space-weather satellite on a million-mile journey, the second stage has been floating with no purpose.

As soon as the Deep Space Climate Observatory started its journey to a point where the Sun and Earth meet, its rocket’s second stage was out of use.

Experts Try to Predict the Place of Impact

Bill Gray, the creator of the widely used Project Pluto software for tracking near-Earth objects, asteroids, and comets, issued a request for amateur and professional astronomers to conduct more observations of the rocket earlier this month.

Gray thinks the Falcon 9’s upper stage will likely crash with the far side of the moon, around the equator, based on this new data; however, it is impossible to anticipate the effect of sunlight ‘pushing’ on the rocket and slightly modifying its orbit. Gray said:

‘These unpredictable effects are very small. But they will accumulate between now and March 4’

He continued that further observations would be required to fine-tune the actual time and position of the impact.

Gray said he has a very specific mathematical model of what the earth, moon, sun, and planets are doing and how their gravitational pull affects the object. However, space debris may be troublesome.

He has a picture of how much sunshine is pressing outward on the thing, softly pushing it away from the sun. Guesswork typically allows him to make forecasts with a high degree of certainty.

If the prognosis is accurate, satellites presently circling the moon, such as NASA’s Lunar Reconnaissance Orbiter and India’s Chandrayaan-2 probe, would be able to gather data on the impact crater.

NASA purposefully crashed a discarded rocket stage onto the moon in 2009 for this very reason.

During interplanetary missions, the top stage of a rocket is often placed into a heliocentric orbit to keep it away from the earth and moon. Still, during near-Earth spacecraft launches, it is typically returned to the atmosphere to burn up.

In February 2015, it launched the Deep Space Climate Observatory (DSCOVR) from Cape Canaveral Air Force Station in Florida as part of a $340 million (£252 million) mission.

DSCOVR is a 17-year-old satellite that monitors for potentially severe solar storms, which may interrupt GPS signals, damage radio communications, and disrupt electrical networks on earth.

However, this recent incident is thought to be the first time a piece of space technology has mistakenly collided with the lunar surface. 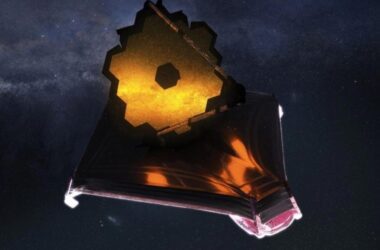 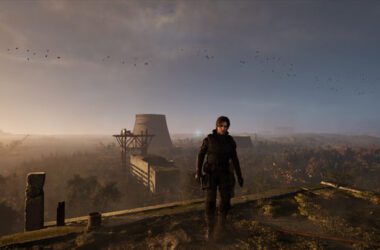