Season 1 of Warzone Pacific is at its finest, and many players still keep Caldera alive, but the game is full of bugs and glitches. Players don’t get the best experience out there, so, naturally, they’ve started to look for something else. And that something else is none other than Season 1 Reloaded. We’re talking about the first mid-season update for Warzone Pacific.

There are plenty of fixes coming to the game, alongside new weapons, Operators – and that’s just the tip of the iceberg. We are here to tell you everything you need to know about Warzone Pacific Season 1 Reloaded

So when’s the release date?

Season 1 Reloaded is now live. Make sure you get your hands on the new update.

Caldera has been here for a long time, but players are asking for changes to the map – and we understand why – the middle is nothing but trees and foliage.

We’ve all learned about Francis and Lewis being the popular Operators in Season 1. Isabella will probably be the third one to make her appearance in the game.

The Welgun will definitely be present in Season 1. We’re expecting to see even more powerful gear.

As stated before, Warzone has a lot of issues, and the biggest part of the update will solve these problems. We’re hoping the new update will finally make the gameplay hard to forget.

Is the crossover still happening?

Season 1 Reloaded is the first major update of the Pacific era, and it is the perfect time for a crossover to happen. The crossover in question is with Attack on Titans. Leaks all over the internet talk about it, and it might be the best thing to happen in 2022.

In the Dragon Ball series, fusion is a technique that allows two characters to merge into a single,… 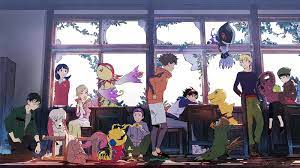 Digimon Survive – that’s available on PS4, Switch, Xbox One, Steam –  has been delayed multiple times by…